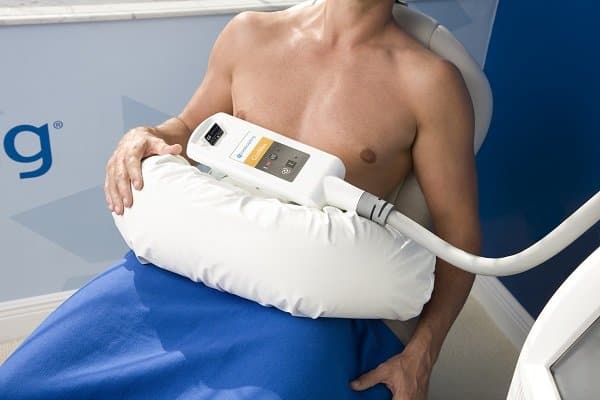 What is the difference between CoolSculpting® and Liposuction?

Although both liposuction and CoolSculpting techniques are used to contour the body and permanently eliminate localized fat deposits, they are not the same. In addition, while CoolSculpting is a non-invasive process that freezes fat cells, liposuction is a surgical procedure that may remove more fat in a single session than CoolSculpting.

Here’s a rundown of the primary differences between the two.

CoolSculpting, also known as Cryolipolysis is a relatively new type of cosmetic surgery that was first performed on patients in the United States in 2009. Since that time, hundreds of thousands of treatments have been performed by cosmetic surgeons and estheticians all over the world.

CoolSculpting is a non-invasive process that differs from liposuction. The doctor freezes a roll of fat between two panels. The cold destroys fat cells, which are subsequently excreted by the body over the next few weeks. There is no need for anesthesia.

CoolSculpting is an outpatient procedure that usually takes multiple sessions to achieve results. At best, the surgery can result in a fat reduction of up to 25%, while results vary from person to person. It may take many months to get the full benefits because you require a break between each session.

As CoolSculpting is non-invasive, there are very minimal risks. However, when the body excretes the dead fat cells, you may suffer slight pain or itching, as well as diarrhea.

After CoolSculpting, you may generally resume your normal activities right afterward, but you may notice some slight discomfort or redness in the treated area.

Liposuction is a surgical technique that permanently eliminates fat cells from specific body areas, such as the abdomen, back, buttocks, thighs, or neck. It gained popularity in the 1980s after a French surgeon, Dr.Yves-GerardIllouz, created a suction-assisted approach for removing fat cells. It has remained one of the most popular cosmetic operations to date.

In this invasive procedure, a surgeon removes fat from a specific area by inserting a hollow tool called a cannula beneath the skin and pulling out fat cells via the tube. Depending on the areas treated and the intensity of the therapy, the surgery is usually conducted under general anesthesia. However, it can also be done under local anesthetic.

Liposuction is commonly performed as an outpatient surgery that takes 1-2 hours and requires only one session. Within three to six months, you will notice results.

Common side effects of Liposuction include pain, bruising, swelling, and discomfort. Severe but uncommon side effects include infection, blood clots, bad reaction to anesthesia, and other risk factors associated with surgery.

Liposuction recovery time might range from a few weeks to many months. You may experience some soreness, bruising, discomfort, or swelling. You can, however, resume light exercise and activities after a few days.

It’s a big step to pick one of these procedures to help you lose weight. Liposuction is a more aggressive procedure that may remove more fat in a single sitting. CoolSculpting takes less time and is non-surgical, although it’s better for localized fat deposits. Consult with a doctor to determine if any of these treatments is right for you.

Medication To Take With You On Holiday